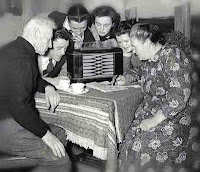 The topic will be:
Hydraulic Fracturing for Gas


Guests will be:
Deborah Goldberg, managing attorney with Earthjustice and
Annie Wilson of the Atlantic chapter of the Sierra Club.

From host Ken Gale:
Exploding toilets. Exploding wells. Contaminated drinking water. This is what has happened in other states that have allowed Halliburton's hydraulic fracturing process to reach natural gas deposits in shale. Chesapeake Energy Corporation put out a press release on Oct. 28 stating they won't drill in New York City's watershed.
- What does that really mean?
- What about the other companies that are taking out drilling leases?
- What about the rest of the state?
- Why is the governor allowing these leases?
- What about other dangers to the water supplies?
- What about the already-contaminated water in Pennsylvania and other states?
- We already do without the gas. We cannot do without the water. I will explore these topics in detail.