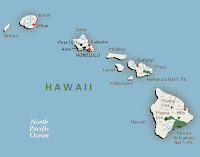 Hawaii became the first state in the nation to ban the distribution of plastic bags at checkout counters. Rather than passing statewide legislation, the ban took effect county by county. This week Honolulu joined Hawaii's three other counties that had already passed bans. The county law bans non-biodegradable plastic bags at checkout as well as paper bags that are not at least 40 percent recycled.

The legislation is the result of two years of rallies and lobbying, organized by the Sierra Club. Retailers in Honolulu County have until July 1, 2015, to make the change. Kauai and Maui counties already enforce bans, while Hawaii County's ban will become effective on January 17, 2013.

Treehugger notes that there are loopholes in the bill. For instance, plastic bags can still be used to package loose items (produce, grains, coffee, etc.), prepared foods, frozen foods, flowers and prescriptions. The Sierra Club will continue consumer education to encourage the use of reusable bags in all situations.

The site PlasticBanReport has a geolocation map showing bans and fees for plastic bags throughout the world.
legislation plastics waste reduction